What started as a fringe movement in the 1940s has since snowballed into a mainstream lifestyle! We're talking about veganism - one of the most impactful things we could do as individuals to bring about a cleaner, greener and kinder planet.

And no one can deny the role celebrities have played in spreading the word about its benefits. So today, let's learn more about some of the global icons who turned vegan - scroll down to find out why they chose to adopt this clean, green, and ethically responsible lifestyle. 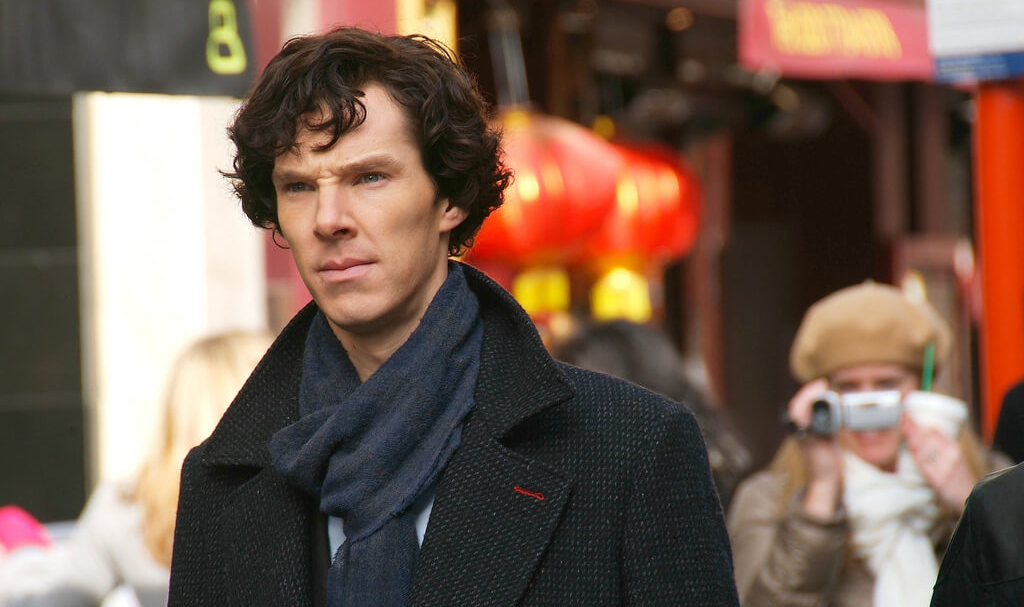 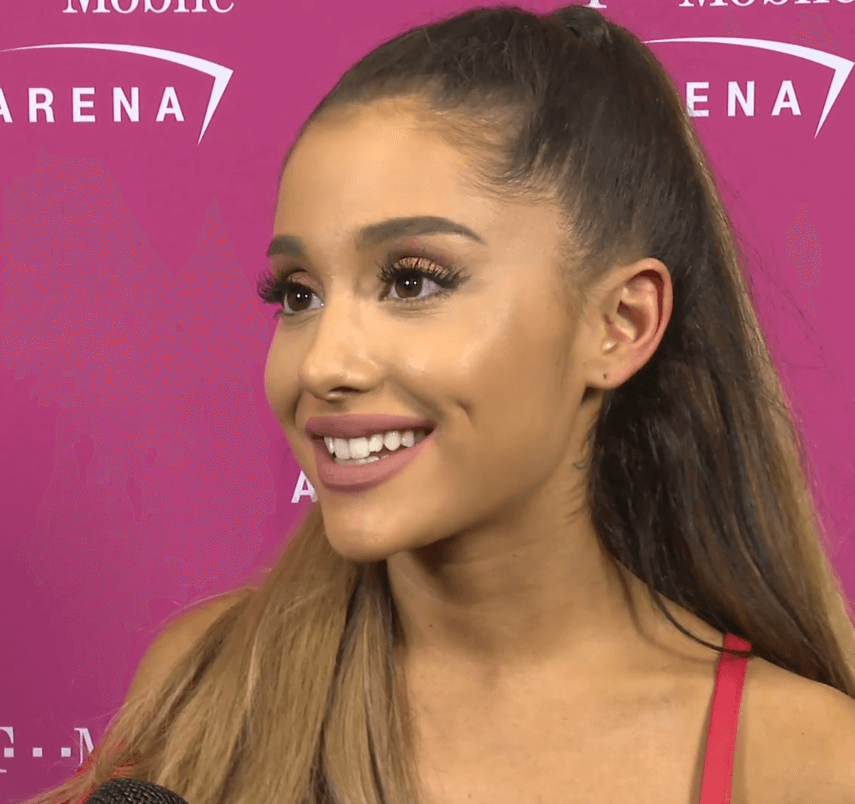 Ever since she was young, pop diva Ariana Grande’s typical meals were wholesome and organic, with meat rarely popping up on the menu. But sometime in 2013, after watching the thought-provoking documentary “Forks Over Knives,” she decided it was time to go full-on vegan.

Besides firmly believing veganism to be the key to a long and happy life, it was Grande’s love for animals that made her switch to an entirely plant-based diet. She once told The Mirror, “I love animals more than I love most people, not kidding.” We hear you, Ariana, and couldn’t agree more! 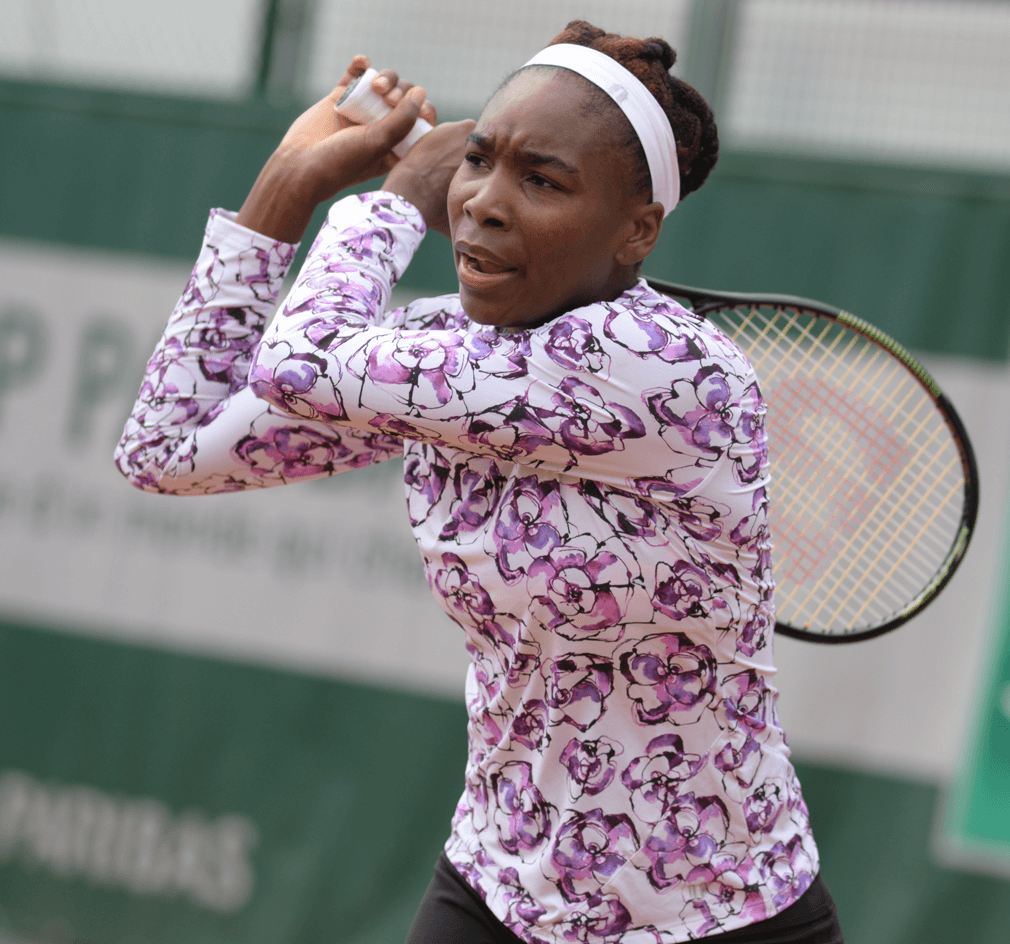 With 49 WTA wins and 5 Olympic medals, tennis star Venus Williams has built a powerful legacy and is not even close to being done yet. Being good at her game required Williams to be in top form, health-wise. So you can only imagine her struggles when she was diagnosed with Sjogren’s Syndrome, an autoimmune disease that impacts the joints and leads to chronic fatigue.

The diagnosis threatened her career and prompted Williams into adopting a plant-based diet in 2011- a decision she believes to have transformed her life completely. It’s helped Williams manage her disease naturally without medication, and her skin’s never been better. 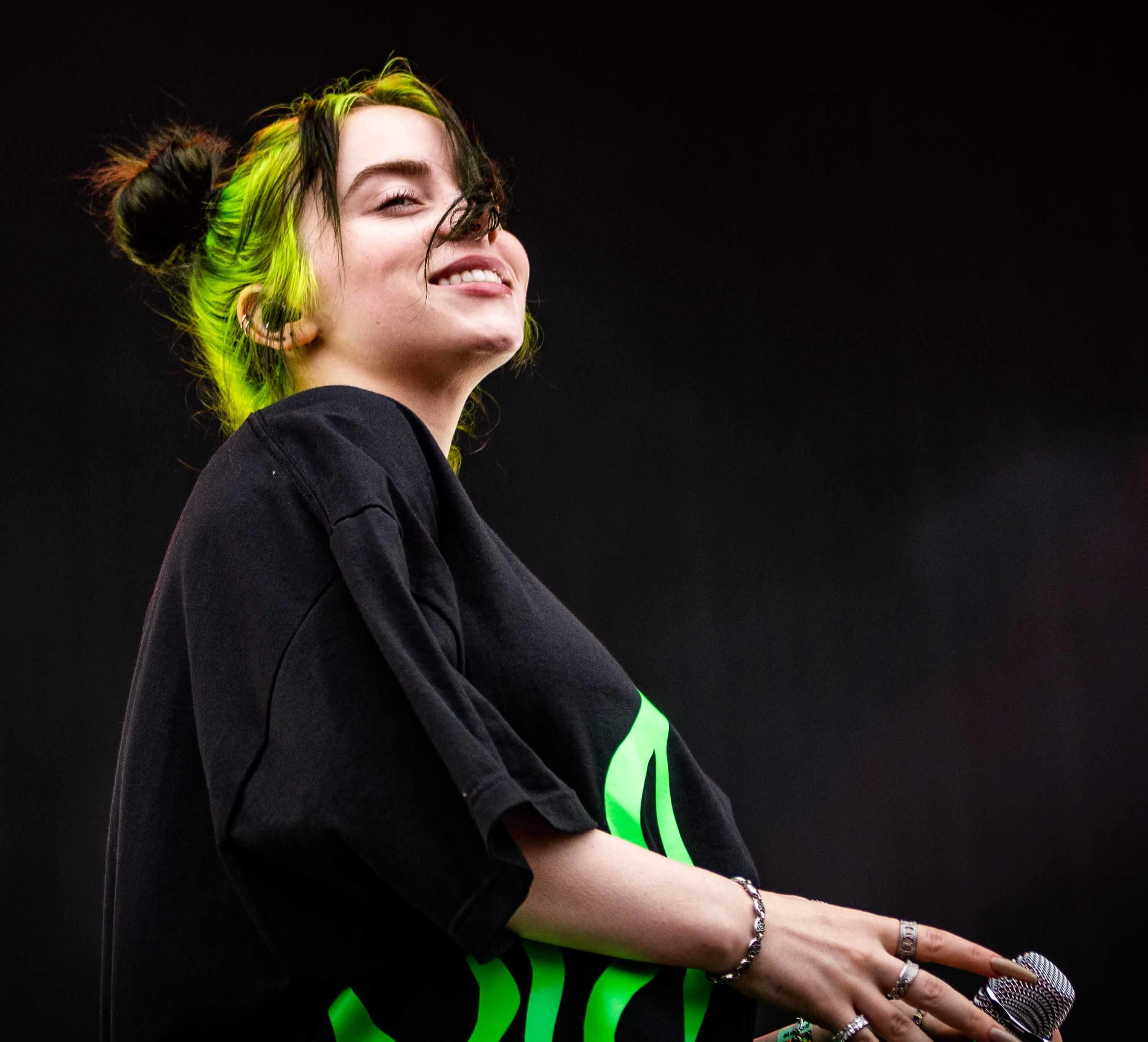 For the American sensation Billie Eilish, becoming a vegan came fairly easy. Having lived her life as a vegetarian, switching to a plant-based diet only meant giving up dairy. After learning the cruelties animals have to endure to keep the meat and dairy industry thriving, “When the Party’s Over” singer quit all animal-derived products from her diet and life.

A proud vegan and PETA’s 2021 ‘Person of the Year,’ Eilish routinely uses her social media platform to create awareness on animal abuse and promote a plant-based lifestyle. By endorsing vegan-silk clothing, cruelty-free perfumes, eco-friendly sneakers made with vegan leather, Eilish has shown the world you can eat, live, dress, and do everything you want while being kinder to animals and the environment. 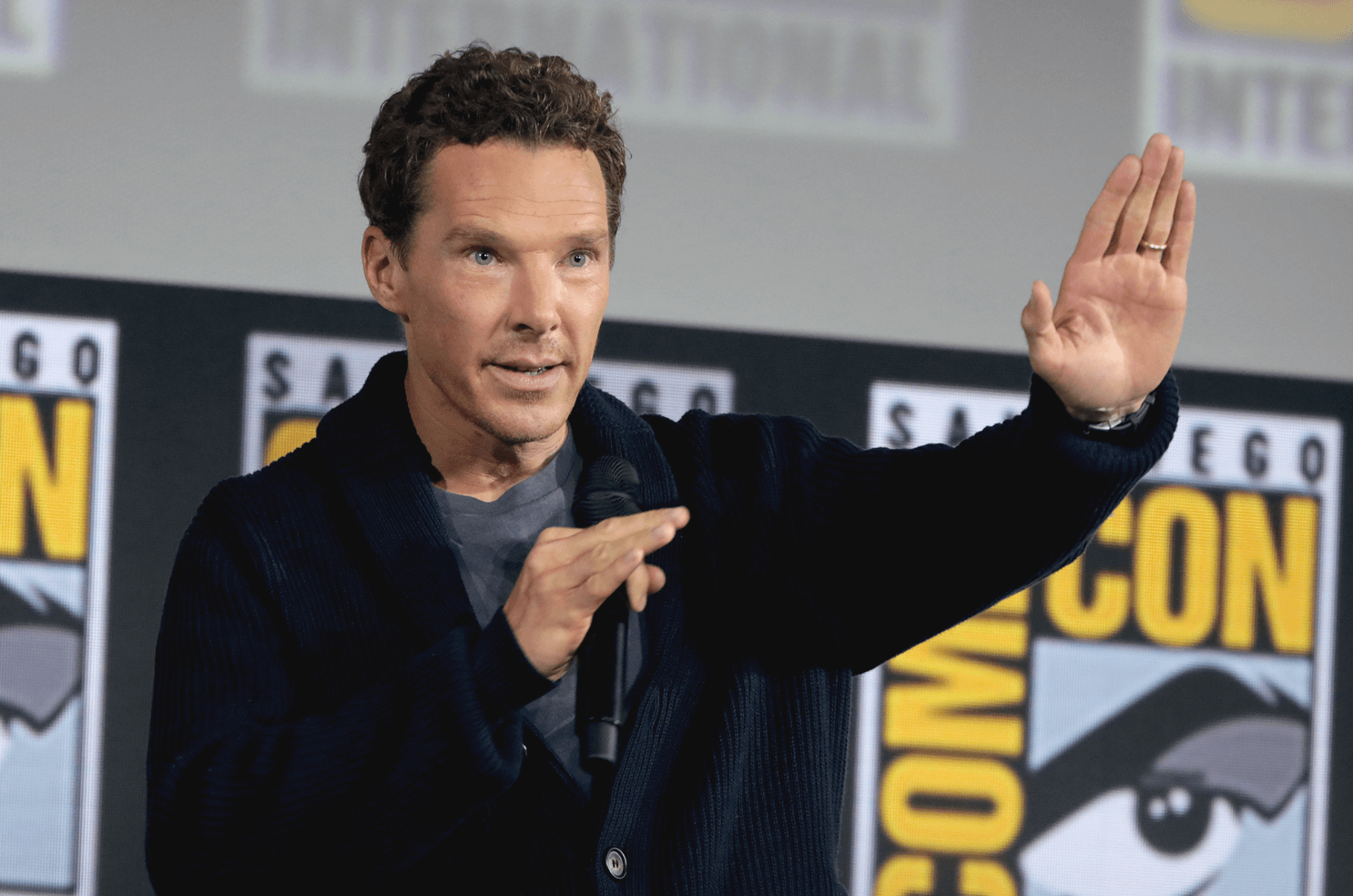 Here’s a surprising one, did you know that Benedict Cumberbatch of Avengers’ Doctor Strange and Sherlock fame sticks to a plant-based diet? Though he hasn’t been very vocal about this aspect of his lifestyle, there have been plenty of hints that were hard to miss.

The British movie star was spotted at a restaurant by a fan who tweeted, “My girlfriend and I just got to serve Benedict Cumberbatch tonight. He’s vegan.” Also, during an interview promoting Avengers: Infinity War in Singapore, Cumberbatch was asked if he had tried the local cuisine, to which he replied he has “as much as a vegan can.” Well, if that isn’t any kind of confirmation, then we don’t know what is! 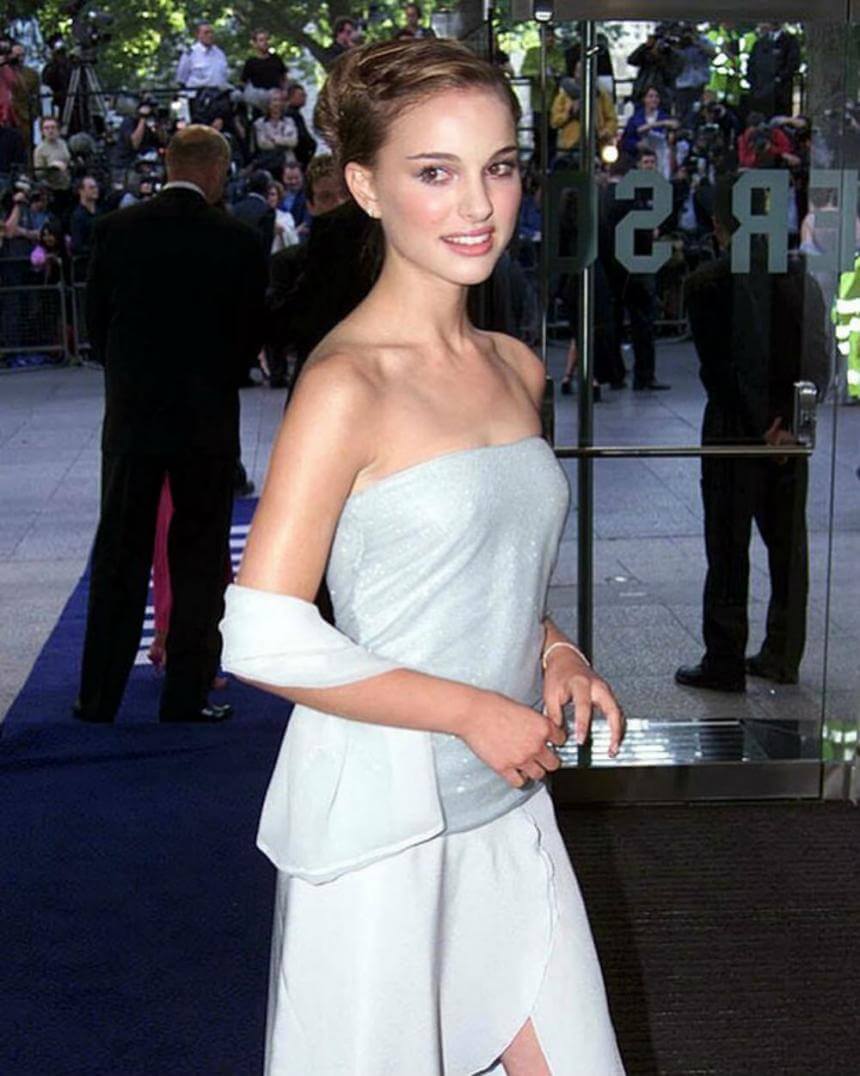 Like Billie Eilish, Natalie Portman is a proud, vocal, and unapologetic vegan who uses her fame to lend voice to the cause of animal welfare. The Oscar-winning actress turned vegetarian at nine and became a full-fledged vegan in 2011. Reading a book by Jonathan Safran Foer laying out the harsh realities of factory farming and the food industry was an eye-opening experience for Portman.

Initially of the view that dairy and eggs are just natural byproducts, Foer’s book and further research made her realize the terrible conditions animals are housed in and the effect on the environment and human health. So impacted was the “Black Swan” star by Foer’s book that they teamed up to make a documentary “Eating Animals,” hoping to motivate and coax people into making changes to their diet and lifestyle. 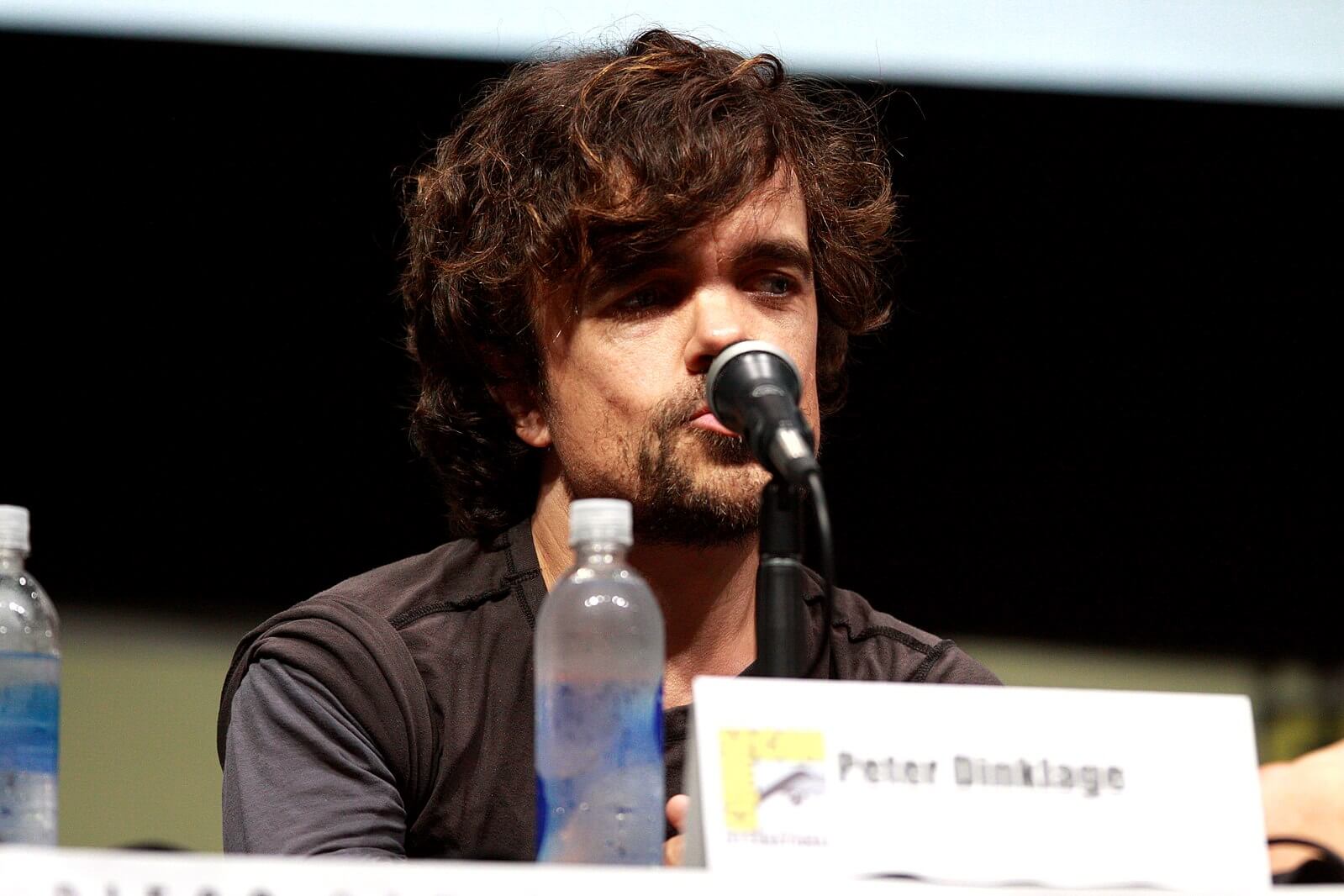 Who knew so many prominent cast members of the intense and emotionally raw drama Game of Thrones were vegans! Arya Stark’s Maisie Williams, Bronn’s Jerome Flynn, Cersei’s Lena Headey, Missandei’s Nathalie Emmanuel, and the charming and cunning Tyrion Lannister’s Peter Dinklage have been champions of veganism. It’s almost as if being a vegan was a requirement to audition for a role on this show!

Dinklage was a vegetarian for 15 years before he decided to ditch animal produce in 2014. Dinklage was the voice behind PETA’s Face Your Food campaign video, where he narrated heart-wrenching factory farming practices. 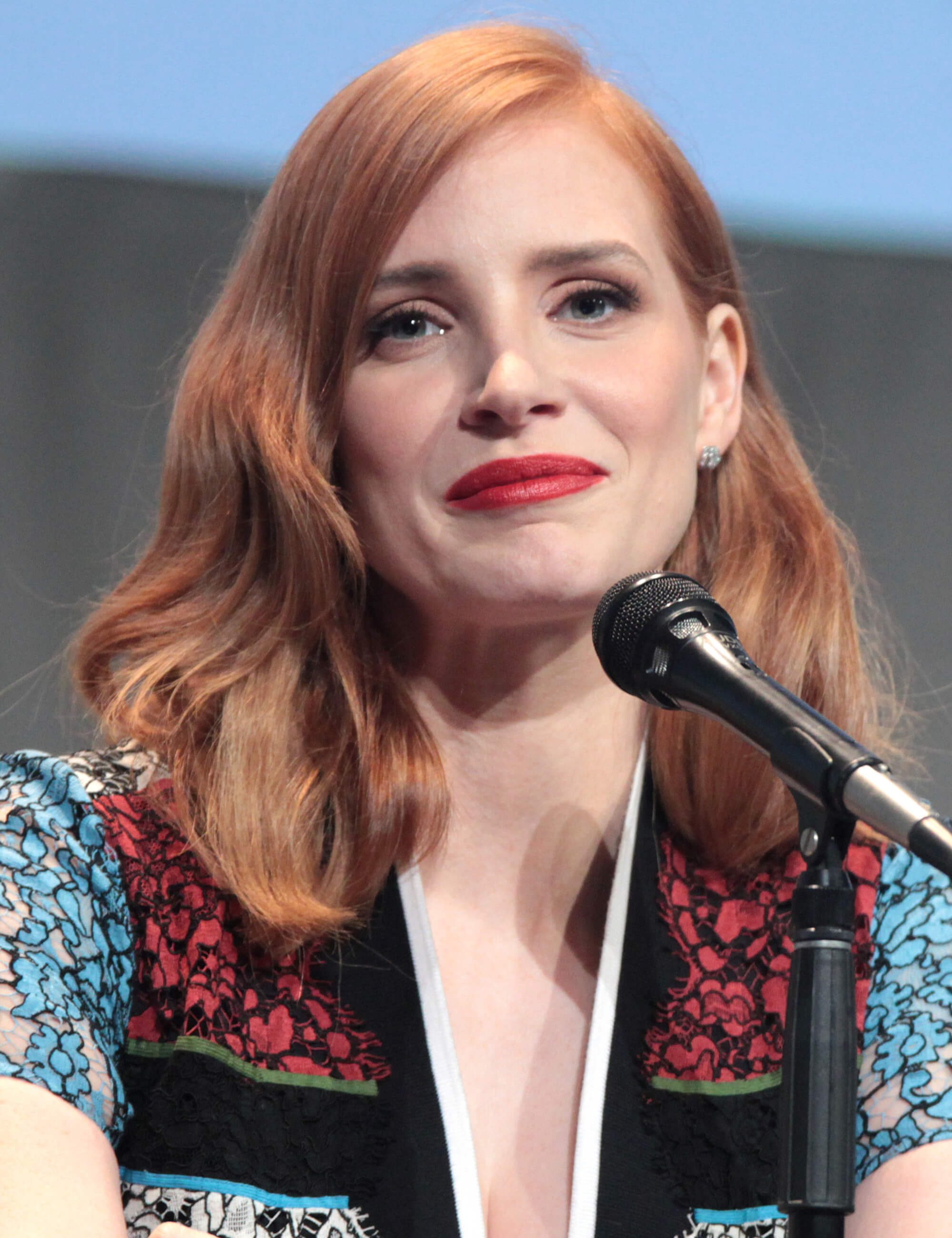 Going vegan was more of an accident for Jessica Chastain. In an interview, she told W magazine about how a friend of hers with a subscription to a 2-week vegan meal delivery trial decided not to use it and signed it over to Chastain instead. The result was transformative! Chastain, who frequently experienced low energy levels, was amazed at the phenomenal difference this new diet made to her body.

She started listening to her body and observing all its cues. The Interstellar star has been a vegan since 2007 and hasn’t stopped gushing about all the good it did to her health, skin, and energy level, even if it came at the cost of annoying a few like her in-laws! 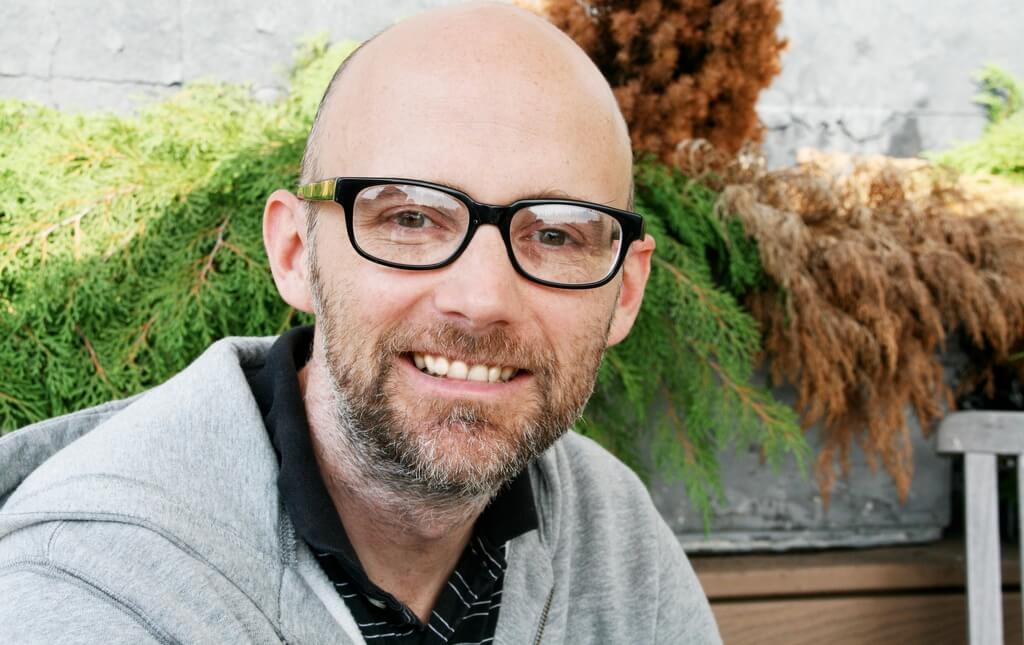 As someone who’s stuck to a plant-based diet for thirty-five years, Moby is a vegan veteran with a significant influence on this community. Having lived his life surrounded by countless pets made him realize just how benign they are. He’s owned four dogs, twelve cats, over 1,000 mice, an iguana, three gerbils, a hamster, and a snake, Moby shared on RollingStone.

Besides his love for animals, finding out that meat production weighs more heavily on the environment than pollution caused by all modes of transport combined made him swear off animal products for life. Moby wears his devotion to a meat and dairy-free lifestyle proudly in the form of a neck tattoo that reads “Vegan for Life” and “Animal Rights” tattooed on his arms. 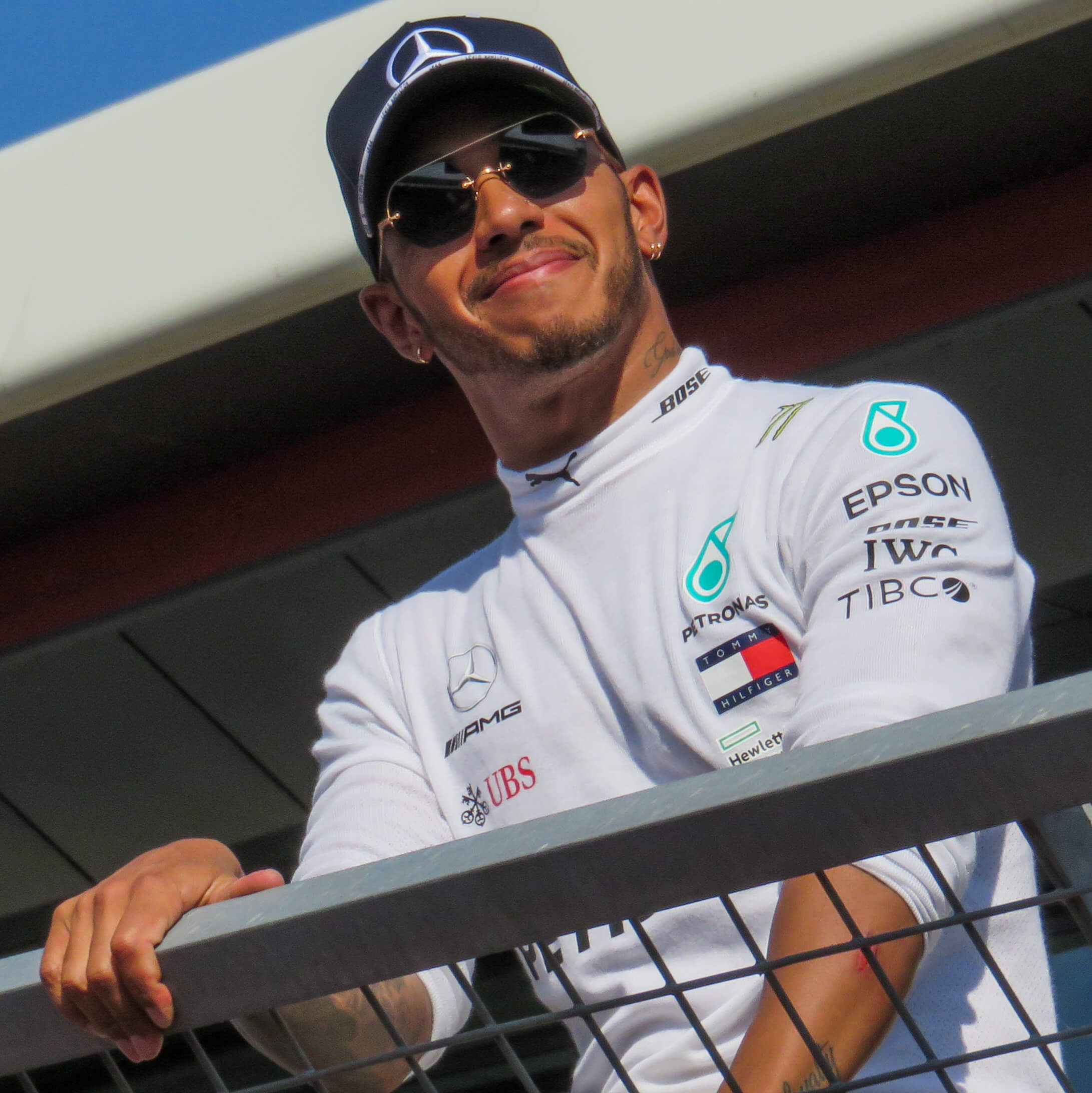 Mercedes Formula 1 driver Lewis Hamilton wishes he switched to plant-diet sooner than he did! According to Hamilton, the right way to go vegan is not quitting your current lifestyle cold turkey but making small changes to it, as he did.

After going vegan in 2017, Hamilton noticed incredible changes in health, with the swinging of energy levels disappearing remarkably. Besides using his influence to promote veganism and reject animal-based products, Hamilton runs a vegan fast-food chain Neat Burger at 14 locations across the UK. 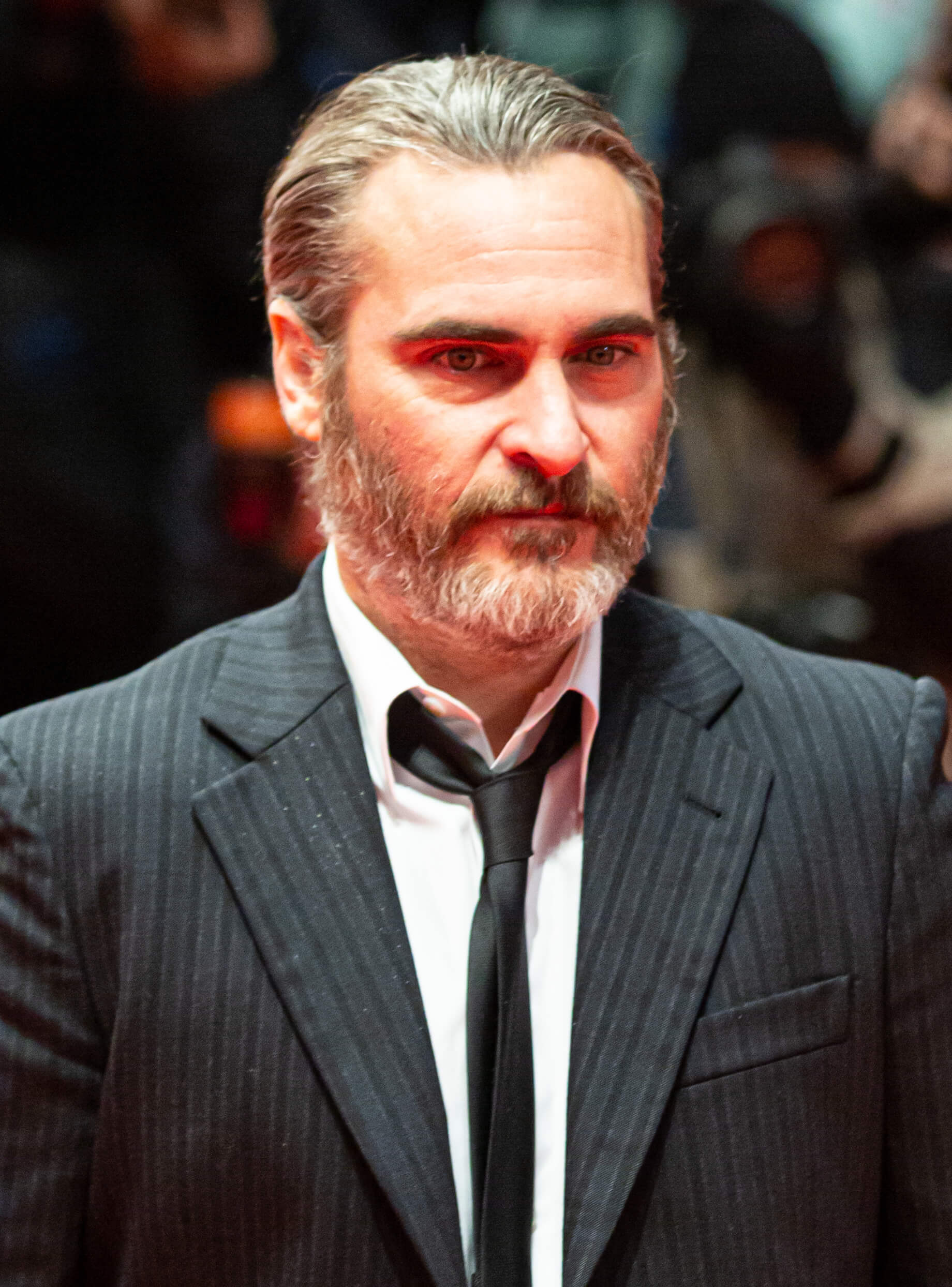 An unsavoury childhood memory of witnessing animal cruelty from close quarters made Joaquin Phoenix drop all animal products from his diet. He was only four years old when the Oscar-winning actor turned vegan for life. The actor is well known for not leaving any chance to tell the world about the damaging effects of the meat and dairy industry on both the animals and the planet.

Phoenix made headlines when he called out the dairy industry for their practices during his acceptance speech at the 92nd Academy Awards. He is engaged to Rooney Mara, a fellow actor, and a vegan. The couple, parents to a baby boy, told the Sunday Times their decision not to impose veganism on the baby, believing it’s a choice only he can make.

Our list of vegan celebrities and why they switched to a plant-based lifestyle is sure to resonate with all of us who are already vegan or thinking of taking that plunge. Going vegan may be an intuitive, natural choice for some who’ve been vegetarians for most of their lives, like Billie Eilish and Ariana Grande. While for others, it might mean taking baby steps, like in the case of Venus Williams and Lewis Hamilton.

Our reasons for adopting a vegan lifestyle may vary, be it getting in shape, managing an illness, out of love for animals and the environment, or all of these. What remains consistent are the benefits- a healthier, youthful, energetic body and a happier state of mind. It’s all about taking that leap because with such amazing results, fat chance you’ll ever be going back to meat and dairy again!