Veganuary: All You Need To Know About This Plant-Based Trend!

While not all of us are fans of New Year Resolutions, we think you’ll agree that it’s a good idea to eat healthier after the indulgent holidays! And one of the best ways to do that it's to try Veganuary - by that, we mean pledging to go vegan for the month of January! Wondering what this wildly popular movement is all about? Here’s all you need to know about Veganuary, and how to go about trying it out. 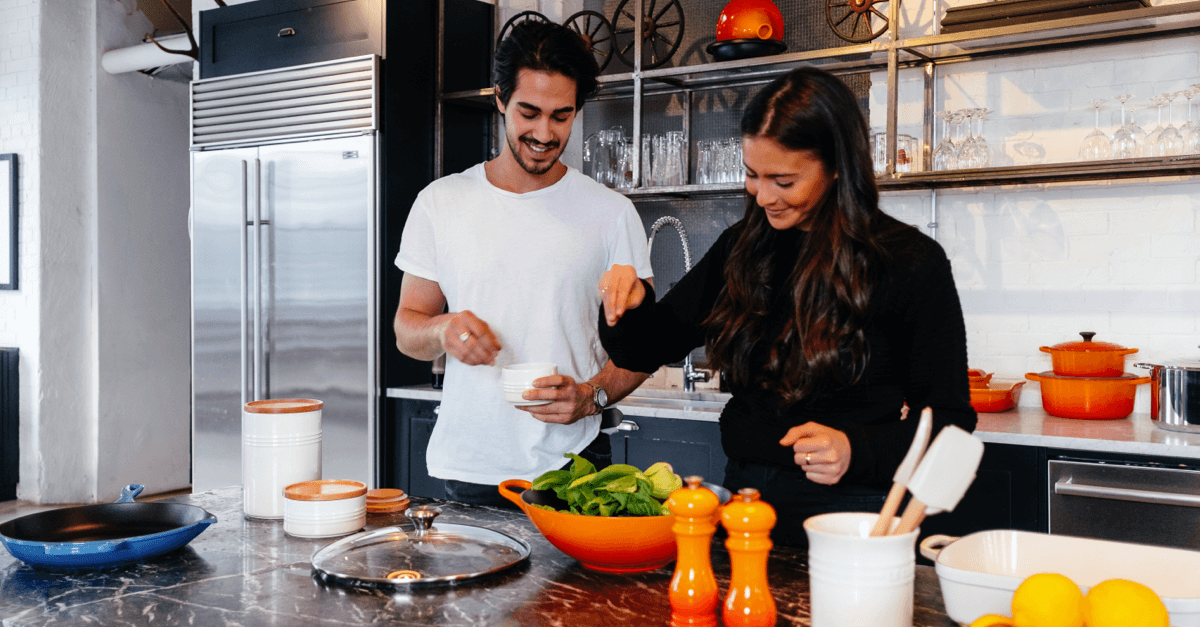 Photo by Jason Briscoe on Unsplash

A combination of the words ‘Vegan’ and ‘January’, Veganuary was launched in the UK in 2014 as the brainchild of Jane Land and Matthew Glover, who run a UK-based NGO of the same name. According to them, their aim was to encourage more and more people to try veganism for a while as a way to warm them up to the lifestyle. By turning it into a fun public challenge, it gave them a great opportunity to educate the wider public about how veganism is compassionate to animals, as well as its many health and environmental benefits.

Everyone who signs up (click here to sign up) for the pledge receives an online ‘starter kit’ with helpful recipes, resources, tips, and tricks to support them through this month-long vegan journey.

While sign-ups were low in the first few years (12,800 in 2015), this number has exploded in the last few years. In 2021, a whopping 582,538 people from over 200 countries signed up for Veganuary - that’s more than half a million! In 2019, the sheer popularity of Veganuary was blamed for low revenue among UK pubs in January. As a result, UK pubs, restaurants, and stores have now started introducing vegan dishes and products in January to coincide with this popular time of the year! 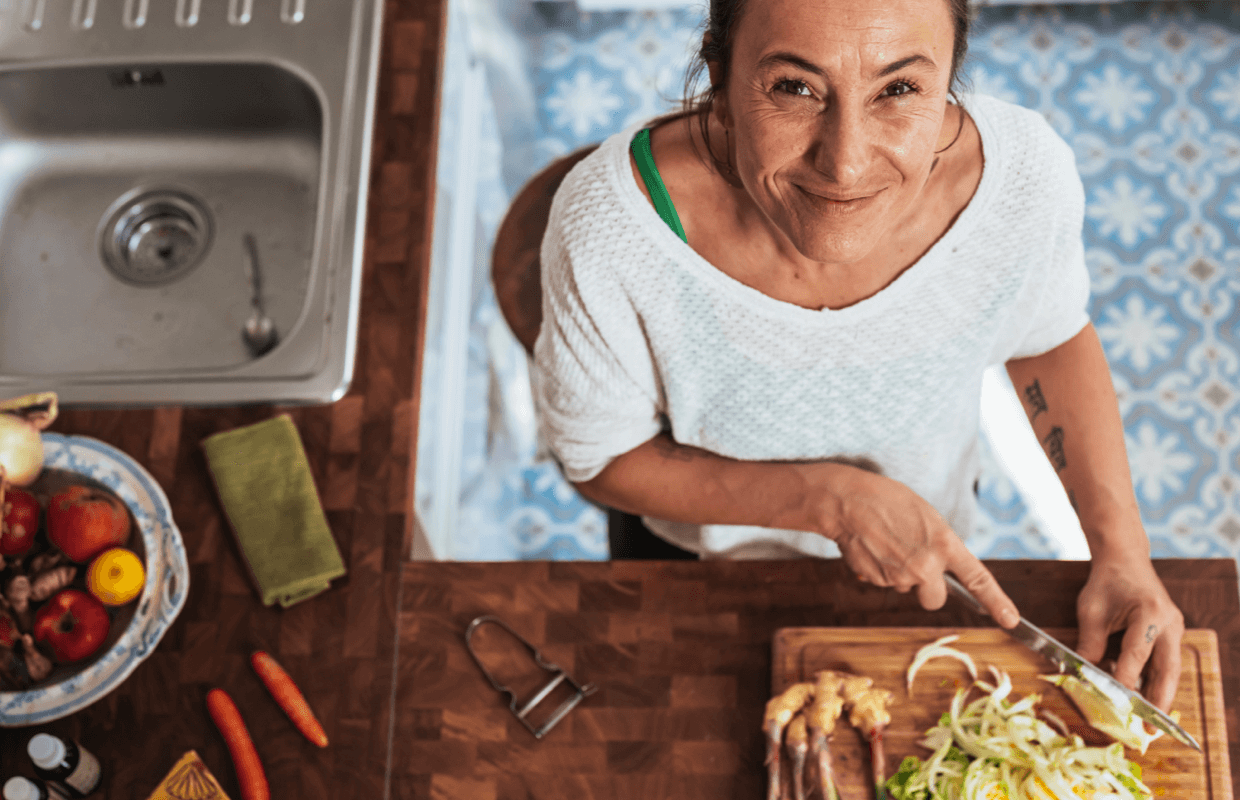 Photo by Conscious Design on Unsplash

What are The Benefits of Veganuary?

One lifestyle change - many advantages! Scroll down to find out the many benefits of enjoying a vegan diet, and how Veganuary has helped amplify this message to millions.

For some people, trying a vegan diet for the first time can be a daunting prospect. But by encouraging people to try out a vegan diet for only one month, Veganuary gets around this issue by eliminating the ‘all or nothing’ approach. It takes the pressure off first-timer vegan eaters and introduces this lifestyle in a fun way.

By asking people to stick to veganism for only one month and not longer, it makes the movement much more inclusive and easy to adopt. Finally, there is power in numbers - Veganuary gives its participants a feeling of camaraderie by being part of a collective movement - which sweetens this pledge even more.

There is overwhelming evidence that a well-balanced plant-based diet is a rich source of nutrients such as vitamins, minerals, fiber, and phytonutrients. A vegan diet, when embraced over long periods, has been seen to lower the risk of lifestyle diseases such as diabetes, hypertension, obesity, and more.

The proteins found in vegan food sources like legumes have a wider range of amino acids when compared to animal-based protein sources, which have a greater anti-inflammatory effect on the body. And contrary to what many people assume, a plant-based diet has several rich and vibrant sources of protein.

Veganuary has helped several thousands of people take that crucial first step towards veganism - a habit that they’re free to embrace beyond a month if it resonates with them. Signing up for the movement gives you access to a plethora of easy plant-based recipes, food lists, tips, and tricks that make cooking and eating vegan a breeze.

According to Veganuary’s annual report, the 400,000 people who signed up for their 2020 event represented a whopping 1 million animals being saved and a carbon dioxide savings of 450,000 flights! Considering that the meat industry is one of the biggest producers of greenhouse gases methane and Nitrous Oxide, this is easy to believe!

It is proven that a plant-based diet is far more environmentally sustainable for the planet than an animal-based diet is. It prevents the rampant deforestation, land and water pollution, and carbon emissions associated with the animal farming industry. As the world fights the ongoing climate change issue, switching to a vegan diet can be the single biggest step you could take as an individual to do your part towards a greener, cleaner world.

The animal cruelty aspect and the inhumane conditions for animals in the meat industry is one that the general public is encouraged to turn a blind eye to. But over the years, a movement like Veganuary has managed to put a spotlight on this issue in an inclusive way. Instead of blaming meat-eaters outright and assuming them to be part of the problem, they have changed the game by making them part of the conversation around compassion towards animals.

This has gently but firmly helped more and more people acknowledge how animal farming leads to animal abuse, and how a vegan diet can prevent this ill-treatment of our fellow living beings. 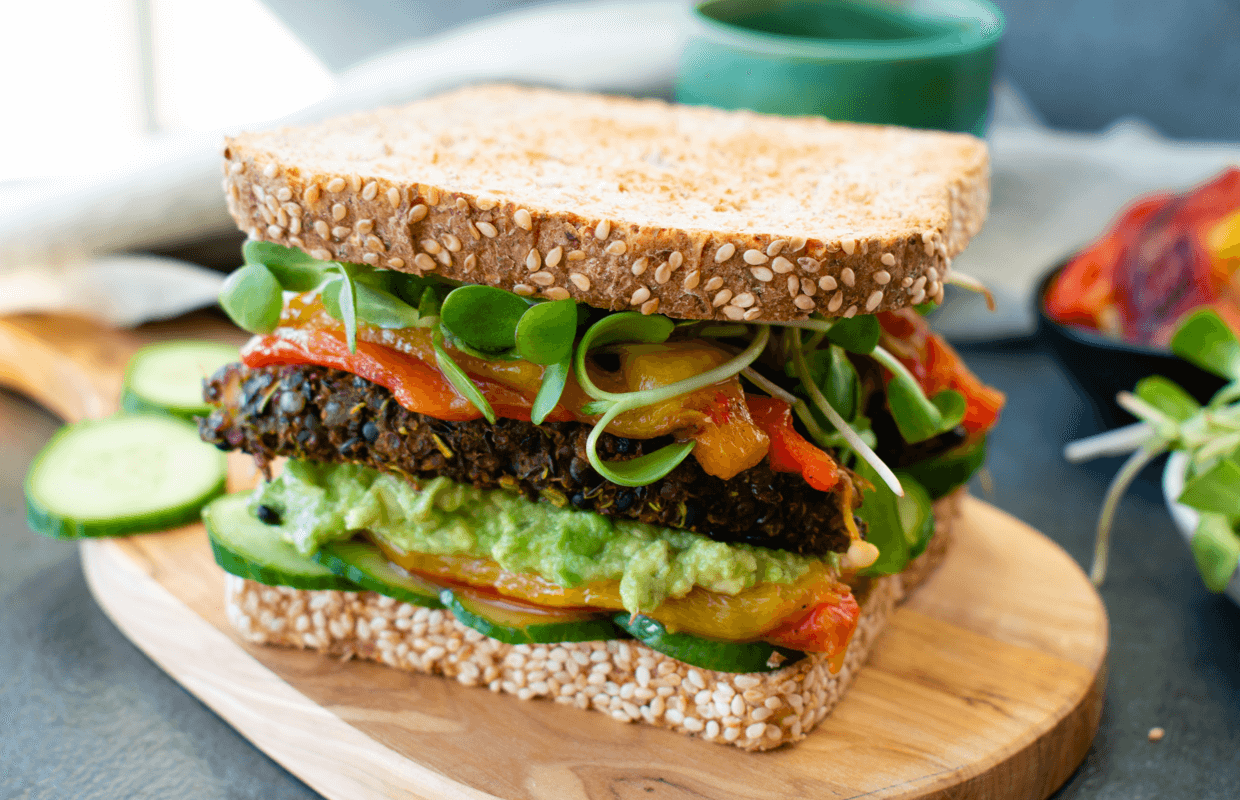 Photo by The Matter of Food on Unsplash

What Do You Eat In Veganuary?

While it’s pretty clear that Veganuary involves avoiding all animal-based food products, some of you might be unclear about what you're allowed to eat this month. It’s pretty simple - load up on fruits, vegetables, whole grains, seeds, healthy nuts, and lentils. Thanks to the vibrant variety of plant-based ingredients and vegan food substitutes available, enjoying a vegan diet is not only nutritious and wholesome but lip-smackingly delicious too.

Make sure to include whole, unprocessed plant-based ingredients like leafy greens, lentils, beans, plant-based oils, and fruits to truly benefit from the variety that a vegan diet has to offer.

What Happens If I Don’t Do It Perfectly?

Don’t worry - we are all human. If you’re trying Veganuary for the first time, then it’s natural that you may falter here and there. This is normal and nothing to be afraid of. Don’t beat yourself up - instead, be proud of the fact that you chose to take a big, bold step towards your health and the environment’s well-being. Even if you fell off the wagon a couple of days (or more), dust yourself off and go right back in!

January is Over. Can I Still Do Veganuary?

Yes! While Veganuary is officially celebrated all through January of every year, there are plenty of people around the world who start or continue this pledge for several months (or years) afterwards. We strongly believe that anytime is a good time to kickstart your plant-based journey. So if you feel like trying out a vegan diet any other time of the year, go right ahead!